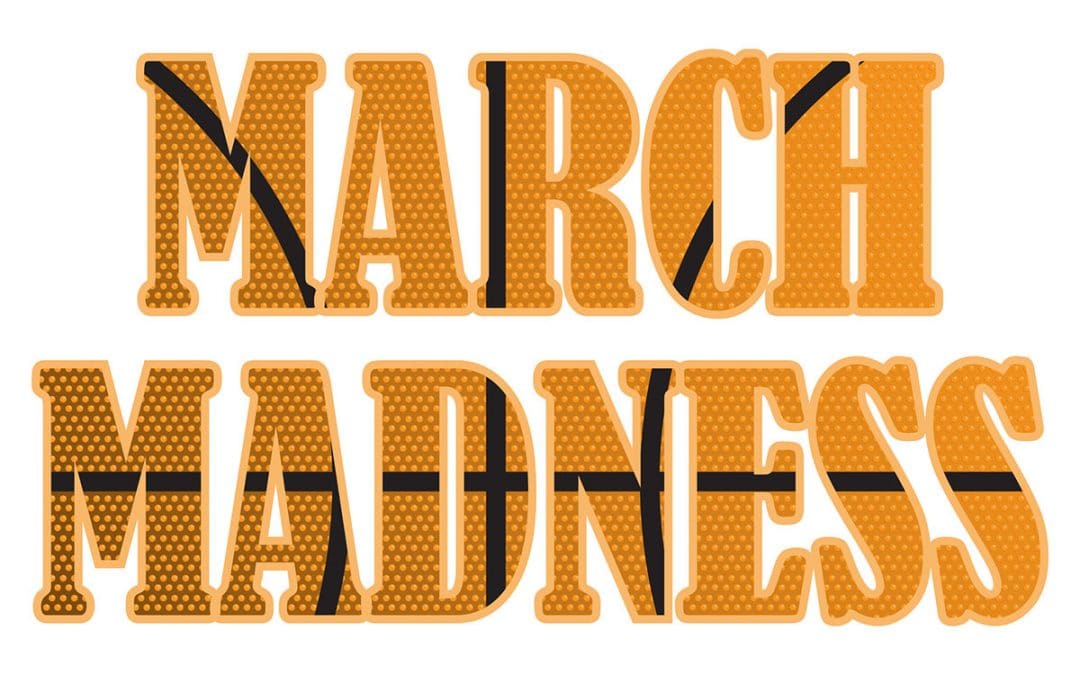 What is March Madness & how did the NCAA Tournament get it’s nickname?

The NCAA Division I Championship is a single-elimination men’s and women’s basketball tournament with a field of sixty-eight teams that compete in seven rounds for the national championship. Why is it called March Madness? The term was first used to refer to basketball by an Illinois High School official Henry Porter in 1939, but it didn’t find its way to the NCAA tournament until CBS broadcaster Brent Musburger used it during the 1982 tournament. The term has been synonymous with the NCAA Division I basketball tournament every since then.

Who would have thought the Illinois High School Association’s decision to sponsor a statewide tournament back in 1908 could turn into this Madness that we all crave in March of every year? The very first edition of the tournament took place in 1939 with just eight teams, ending with Oregon beating Ohio State 46 to 33. The number of teams included in the tournament has expanded multiple times. The tournament included sixty-four teams in 1985 and expanded to its current size of sixty-eight teams for the men in 2011, and sixty-three teams for the women. How do teams get to be one of the sixty-eight or 63 for the women?

How Each Team is Selected for the NCAA Division I Championship

NCAA tournament teams have the option of becoming one of the sixty-eight teams chosen from the following two avenues:

After the Selection Committee has chosen all sixty-eight teams, it ranks them in a process called seeding. They then split the teams into four regions of sixteen teams, with each one of those teams being ranked 1 through 16. The rank represents the team’s seed.

To reward better teams, the first-round match up pairs the top team in the region against the bottom team, and then the next highest and the next lowest, and so on. In theory, this means that the one seed team has the easiest opening match of the bracket. However, upsets happen occasionally.

When a low seed team goes on an unexpected run, we get what we call a “Cinderella.” Cinderella is one of the best parts of the tournament. Everyone loves the underdog! A Cinderella team is the underdog that comes out of nowhere and upsets a top seed when you least expect it. But before we get to that part, there’s Selection Sunday. This is the day of the announcement of the tournament field and bracket on live TV, signaling the official start of the NCAA Division I Championship tournament.

Then comes the beautiful chaos of the first round, sixty-four teams playing in 32 rounds (normally beginning on the Thursday and Friday following Selection Sunday)! Over the next three weeks, as the teams march forward in the tournament madness, the bracket will whittle down from the “Sweet-Sixteen” to the “Elite-Eight”, to the “Final-Four”, and finally to the NCAA Championship.

Don’t sleep on women’s basketball. The women’s NCAA Division I Championship games have increasingly improved. Expect a well-rounded selection of power-house teams, buzzard beating shots, and heart-stopping action. The Big Dance is sure to be a thriller that you will not want to miss!

How to Make Watching the Games Exciting

So, how can you make your game-watching experience exciting? By watching and competing. You can watch every single game of the tournament, live on practically any device with the March Madness Live. Each game will broadcast live on either TBS, True TV, TNT or CBS. There is also another active way to get involved.

Every year millions of fans predict who they think will win every game of the tournament by filling out a bracket and pitting against their friends. The unpredictability of the tournament makes this a hard challenge. The common odds of picking a perfect bracket are estimated at 1 and 1.2 quintillion. In the entire history of the brackets, through millions of millions of entries every year, no one has ever predicted a perfect bracket. Who knows, maybe you’ll be the first to do it this year!

The NCAA Division I Championship is the pinnacle of what you’ve been waiting for throughout the entire college basketball season, rivalries that will finally come to fruition! You’ve followed your favorite teams, compiled all the statistics for your bracket, and now it’s time to let the results speak for themselves. The hype begins. As you sit, enthusiastically, on the edge of your seat cheering for your favorite team, enjoy every moment.

How to Run Faster and Longer

END_OF_DOCUMENT_TOKEN_TO_BE_REPLACED

How to Clean Sneakers

END_OF_DOCUMENT_TOKEN_TO_BE_REPLACED

The Benefits of Trail Running